For us adults, we could drink protein powder to supplement our training and diet. But what about the kids? How do protein shakes for kids fly? Well, a kid taking in a supplement sounds like a ludicrous idea once you hear it. Many people think that kids don’t even need much food to sustain themselves, why to supplement something where supplementation isn’t necessary?

There’s always a purpose when supplementing something; to increase or enhance something. What if you want your child or young friend to put on some muscle, or even if he/she wanted to put on gains? Also, if you the reader are still a youngster and would like to become the buffest child the world has ever seen, I have some information you may be interested in.

Before we even start talking about supplementing a kid’s diet, we need to actually talk about what a child is supposed to be eating. Depending on how old the child’s age, the kid’s needs for his diet differs. As he/she age rises, so does the amount of calories they need to consume. For the sake of this article, we’ll take a look at the diets on older kids, grade-schoolers, and pre-teens. 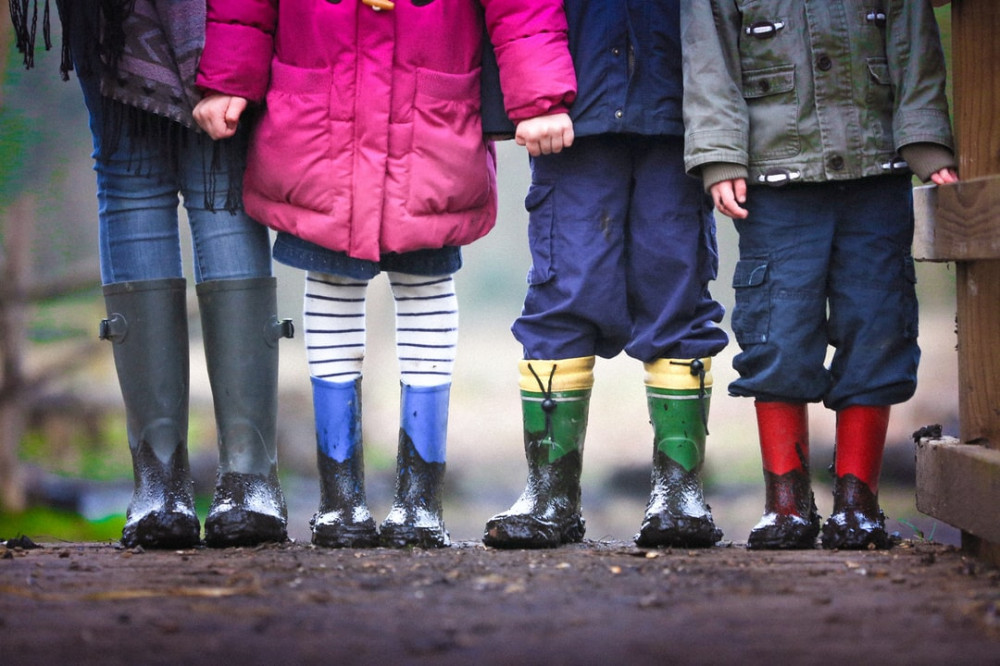 In reality, a lot is the same between these two diets, even comparing it to adult diets. Grade-schoolers and pre-teens must maintain a balanced diet, meaning a bit of everything, but not too much. A balance of protein, carbohydrates, fats, sodium, and cholesterol. Here are the numbers for the needs of an average grade-schooler,

As you can see, kids don’t really need all that much food to keep them running completely healthy. However, around this time, kids can opt to start eating at school cafeterias if you choose not to bring lunch from home. School cafeterias offer a variety of foods, from that variety, it includes sweets, and chips kids can pick. You can get potato chips, cookies, juices, and sodas from school cafeterias, all of which contain plenty of sugars.

The government has attempted to take away sweets and junk foods in the cafeteria, such as Michelle Obama’s Healthy, Hunger-Free Kids Act of 2010. It was the first change in school lunch programs in 30 years, and it was meant to make lunches meet nutritional standards. However, President Donald Trump is targetting Michelle Obama’s lunch program to try and terminate it. His attempt is to prevent the amount of food waste that happens at school, due to the kids not enjoying the foods. 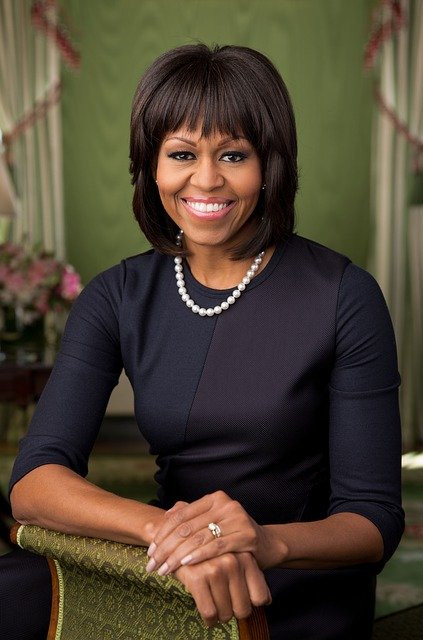 Your body does need carbs but in moderation. Scarfing down a sweet or two a day may cause problems in the future. The excess sugar and carbs lead to unhealthy weight gain and could go as far as to become childhood obesity. It is suggested to give your child a packed lunch instead of trusting the cafeterias.

The calm before the storm of puberty, how things will change forever. Some pre-teens do experience puberty a little earlier than others, as soon as 10 years old. You can’t predict when your child will go through it, but it will, and there are signs which tell you’re kid is growing up. However, it goes to the same for these before teens as it did for the younger kids. A balanced diet is recommended, with the needs in numbers below,

A couple of things do change when compared to a grade-schooler’s diet, such as calories and proteins. As your body gets bigger, you’ll be needing more nutrients to supply it to continue to function. However, that may alter with the way pre-pubescent think. At this time, pre-teens start to be conscious of weight and appearance, since we live in a society where we judge each other a lot based on our looks.

Eating disorders may arise as the number of calories stays low to keep pre-teen’s slim physiques. They’ll keep them sure, but they are unaware of the harm they’re doing to their bodies, especially when they are still growing. They are depriving themselves of their necessary nutrients, which does not result in anything good once fully developed. If we’re going to talk about supplements, from the two age groups, the older kids will be more compatible with them.

Handling A Youngster A Protein Shake

Let us discuss the purpose of a protein shake; to increase your protein intake for that day. It’s a quick and easy way to add 25 grams of protein to your diet. Both age groups share something in common; they don’t need all that much protein in a day. A protein shake will cover either all or half the protein they need for that day, which doesn’t sound bad.

But why supplement something when it’s not needed? 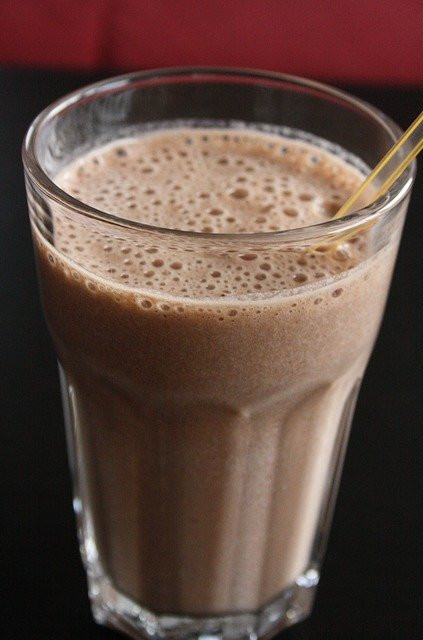 30 grams of protein could be eaten in so many ways that a protein shake will add excess protein to a child’s diet. Some eggs, steak, chicken, beef, or even vegan options, like beans, nuts, or vegan meats, can easily cover 30 grams of protein. Adding any of these foods to their diets in delicious meals will complete their protein needs.

However, when people think about protein shakes, they think bodybuilding and working out. This is understandable because lifters need extra protein to recover their damaged muscle tissue from lifting. If you’d like to know more about lifting weights and protein shakes, as an adult, click here. Instead of adults, how about kids? What if my little man wants to put on some muscle, should they then take a protein shake to supply their muscle fibers?

My Little Man In The Gym

Exercise is excellent for everybody, even kids. Getting up and moving around provides your body with benefits that it will thank you for in the short-term and the long-term. Lifting weights as an adult can give you perks like building muscle.

With kids, however, they tell a completely different story.

During puberty, your testes begin to produce the hormone men are known for, testosterone. Testosterone changes several things in your body, your voice, body hair, mentality, and especially your physique. When teenagers and young adults lift weights, you can see muscle growing on their bodies, because of their body’s production of testosterone to build their structures. 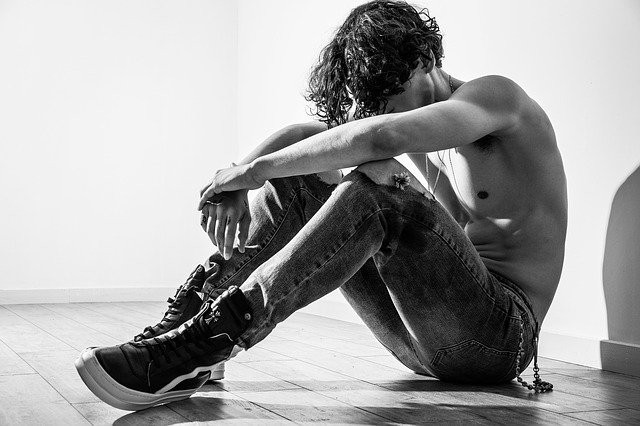 Testosterone only begins to release during puberty, any time before that, including pre-teens and grade-schoolers, your testes don’t produce really anything. For this reason, is why muscle doesn’t build on kids as it does on older people. Their lack of testosterone does not allow for gains to grow on their bodies, at least not very much. This is why the chances of you or your child becoming the buffest child on the planet are low since they can’t grow much muscle.

I suggest saving your kid’s effort in the gym, and hold off on the protein shakes until they’re a little older. Puberty can start as early as ten-years-old, or could even start as late as fifteen-years-old, but everyone gets a turn. It’ll be your time to shine little one someday.

In conclusion, protein powders are not needed for kids in any way, shape, or form. The protein provided from a shake could easily be obtained through regular foods that contain protein. Your older kids in their adolescents could use one if puberty is beginning to hit them, but if not, don’t bother giving them one. If testosterone isn’t around, protein shakes aren’t either.