In a world where people’s diets are neglected more often than before, people are missing out on vital nutrients. This is what this Optimum Nutrition Fish Oil Softgels review is for, to raise awareness on a certain nutrient. The nutrient we’re looking at are fats, specifically omega-3 fatty acids. It is a common misconception to think that all fats are bad for us, but I’d like to clear up fat’s name in today’s article. Stay tuned!

As one of the oldest companies in the supplement industry, Optimum Nutrition has been going strong for over 30 years. Their biggest hit is, without a doubt, their Gold Standard Whey Protein, with tons of awards and recognitions under its belt. 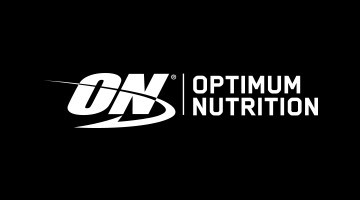 Ever since the 80s, ON’s goal has been and will always be the same; maintain the very highest standards in quality for their products. Lots of other companies put their quality as their top priority, but don’t execute it like Optimum Nutrition.

Alongside their prioritization in quality, their customer satisfaction is another reason why they’ve been in the game for so long. The company was founded on bringing consistent quality to the marketplace, and customer service is an area in which they strive.

It’s hard not to find a supplement by Optimum Nutrition in over 10,000 retail stores and 70 countries around the world. So much so, we’ll be looking at their fish oil supplement that provides omega-3 fatty acid. I have an article here if you need a refresher on omega-3s if you need to check that out. Let’s get into it!

I have a lot of good things to say about ON’s fish oil soft gels that ordinary omega-3 supplement users might agree with. I do have some constructive criticism, but we’ll get into that a bit later, let’s start positive.

A frequent misfortune that is present in many joint omega-3 fish oil supplements is the taste that is left in one’s mouth after swallowing. Since omega-3 EPA and DHA fatty acids are derived from fish, it makes sense that there will be a fishy aftertaste.

Lots of companies try to cover up the taste by adding a flavoring to the supplement. Maybe a sweet refreshing lemon taste, or a fruity flavor to the soft gels. Sometimes it works out, other times, it tastes like a fruity fish, which doesn’t taste as good as it sounds trust me.

Optimum Nutrition decided not to try any type of flavoring and make the pills tasteless, like most soft gels. When I first tried the soft gels, I was afraid to talk to people face to face with the fear of mouth smelling fish.

That fear soon faded when I had no taste at fish at any moment after taking the soft gels, which I was very relieved. If the omega-3 soft gels you’re taking taste like fish, opt for a supplement that goes flavorless, like this one.

It’s not a surprise that a soft gel would have little to no calories, and thankfully, ON’s fish oil follows the norm. With only 10 calories per soft gel, you will have no trouble incorporating their supplement into your diet.

You might be wondering, what is an enteric coating, and why should I care for it? When you take oral pills or soft gels, they must pass through the stomach, through the small intestine and reach its destination; the liver. 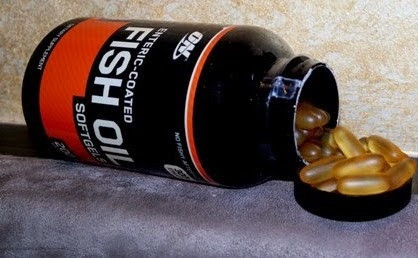 Your stomach is a raging pool hydrochloric acid where not many things pass by without dissolving. With enteric coating, pills gain a polymeric layer that prevents dissolution in an acidic environment like the stomach.

Oral pills and soft gels that lack a protective layer like enteric coating have a hard time reaching the liver. If they don’t get to the organ, their effects never begin on the body since they perish in the stomach acid.

There are many things to look forward to when buying ON’s fish oil soft gels as you’ve read. However, there’s one thing that makes lots of people shy and turn away from this supplement.

The one criticism I, and many others have with Optimum Nutrition‘s fish oil is the amount of fish oil per serving. With all the research done figuring out the recommended amount of omega-3 people should be getting, their fish oil is quite low.

If you were going off the supplement’s serving size, you’d only have about 2 pills a day, which is only 600mg. You’ll need to consume more pills, which increases your chances of running out of pills faster.

As I said, I’ve personally tried this supplement from ON, and I can say that I’ve really enjoyed it. I mentioned before that the previous omega-3 supplements I’ve tried left a fishy taste in my mouth, but thankfully, this one throws that out the window. 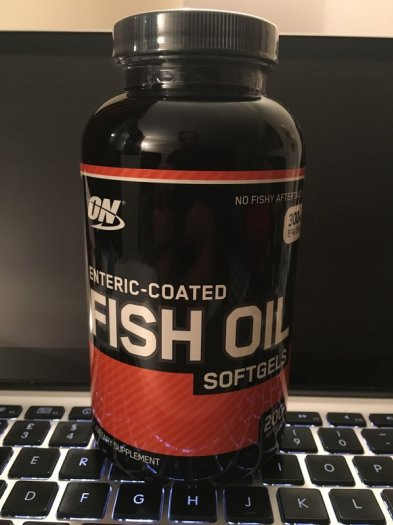 I take 3 soft gels a day, and a fishy aftertaste is nonexistent. Even burping after a while doesn’t give me a fishy flavor. If you’ve had this same problem, I suggest switching to Optimum Nutrition’s fish oil since fish isn’t even in the picture.

I will say that the size of the soft gels is pretty abnormal. By that, I mean that they’re pretty large. I used to have trouble swallowing them, but after a while, the soft gels go down without a problem.

In the conclusion of this Optimum Nutrition Fish Oil Softgels Review, I give this supplement a big thumbs up. I’ve personally really enjoyed using ON’s fish oil as it ranks higher than any other omega-3 supplement I’ve tried. I’ll leave a link down below to where you can buy your fish oil if you’d like to try it out.