Ah yes, nothing beats a nice cold one right after a hard-fought workout having you sweating through every last gland in your body. By cold one, I’m referring to a nice cold protein shake that just hits the spot for you and your body. The perfect supplementation tool for after a workout that has zero problems with it…said no one ever. Hate to bursts everyone’s bubble, but protein shakes are as controversial as the word “controversial” itself. Some people swear by its results, and other people swear it’s made by the devil. A lot of it has to do with things that have been found inside supplements. That begs the question, is protein powder toxic? Well, see for yourself.

Let’s turn back the clock a little bit to the year 1994, a year that I wasn’t even alive yet. A lot of your readers probably have a handful of years on me, but knowledge has no age. Why’s this year in history so important? Besides Lion King coming out that year, one of the biggest acts was passed that has influenced the supplement/fitness industry to this day. The Dietary Supplement Health and Education Act, or DSHEA, was passed in 1994. It was a decision by the government to put supplements on its own little untouchable island. 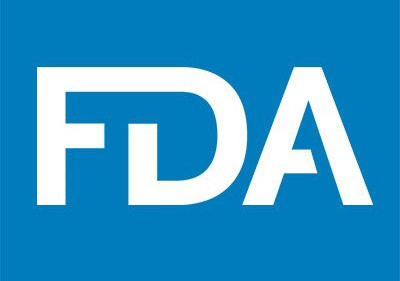 By little island, I’m really referring to a category that can’t be touched by the big bad Food and Drug Administration or FDA. As you may have heard of, this agency is in charge of regulating the foods and drugs that come out of companies to see if it’s safe for the public. They were created after an outcry from the people after disgusting scenes were described in a very famous book depicting the stockyards in Chicago. If you’re lost, I’m talking about Upton Sinclair’s The Jungle, an entirely revolutionary book that took the people by storm.

However, the FDA can check mostly anything except, yup you guessed it, supplements, due to the act passed in 1994. Unless the supplement is blatantly causing harm to a person, then the FDA can intervene to protect consumers. There’s a statement that the FDA released about supplements saying, supplements are “considered safe until proven unsafe.” This five-word phrase got the gears turning in many companies’ minds, for good, and for bad.

What’s Been Found In Protein Powder?

After the act that practically granted companies the freedom to add anything in their products without getting even a slap on their wrist, they took advantage. The easiest way they can get away with their products is through their ingredients list, they can lie on it. Manufacturers can claim that they’ve used pure, high-quality ingredients in the making of their supplements. Throw in that they used grass-fed cows, no GMO’s, gluten-free, and whatever else they please. But in reality, the small ingredient label of 9-10 ingredients, is really a list of 20-21 ingredients, with some of them being huge no-nos. 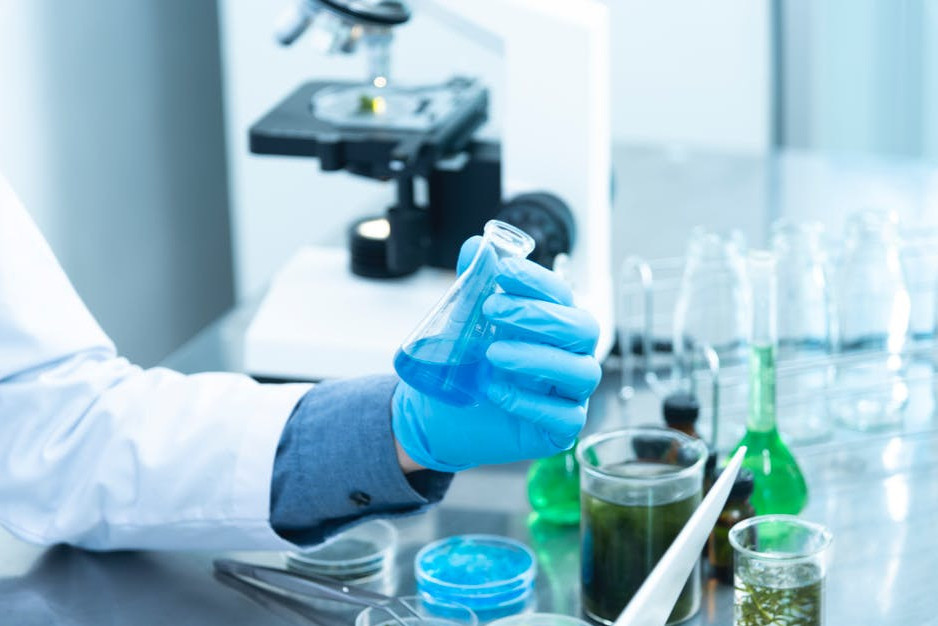 They can claim their protein powder was crafted by the gods and slap it on their label without anyone checking them. The FDA regulating supplements is forbidden by law, so who else is going to do it? Just like that, a knight and shining armor came out of the shadows to not necessarily put this problem to rest, but to raise awareness. By conducting their own research, their own studies, with their own time, pulled some shocking discoveries from protein powders. Check out this very brief list of some of the things found.

You’ve probably had even heard of some of these substances/chemicals, I know I sure didn’t until doing some good research. If there’s one thing that sums up all these substances, it’s that they shouldn’t be in something your eating or drinking. Arsenic is a known chemical that causes cancer, and DMAA’s cause rushes in your heart so intense, you’re prone to a heart attack. It’s abysmal that no one can check supplements before their release. So who are these heroes from the shadows?

These guys, and girls, are the fine group of people that uncovered the dark secrets protein powders companies hide behind the label. They go by “Clean Label Project,” and 2018 was the year when they decided to take action on protein powder’s ingredients. They released a fascinating infographic explaining a lot of their findings in supplements. When I first saw it, I was pretty shocked. Take a look at it right down below. 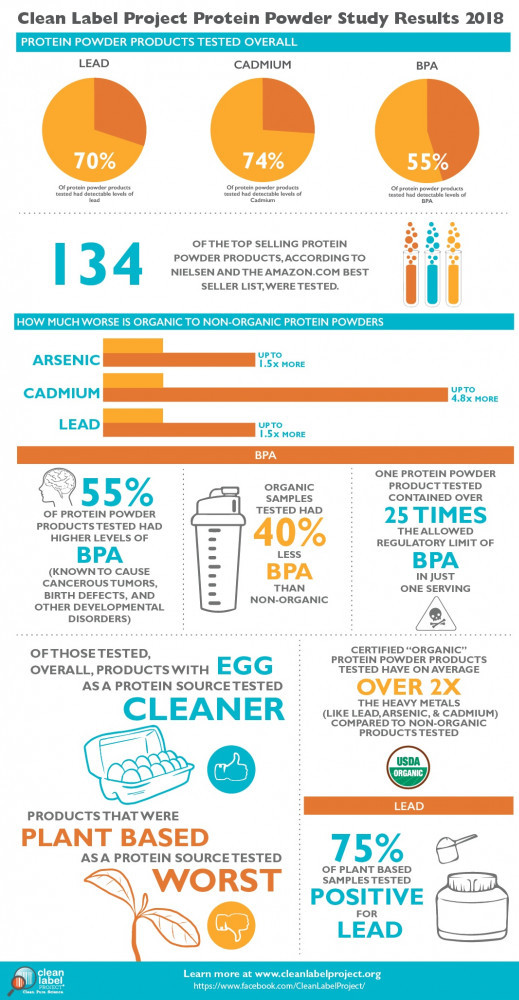 Lots of best seller proteins were tested, and it seems like a recurring theme is found between them. Yes, over 70% of the protein powders had the substance lead. The fact hit me harder than lead itself. Just to be clear, lead should not be in anything you’re consuming. Things that lead is just for includes batteries, weights, ammunition, and belts. It’s proven that the consumption of lead is toxic for your central nervous system, pretty dangerous if you ask me. So what is the Clean Label Project doing about it?

On their site, link to it right here, is a petition the have going around asking for the FDA to begin regulating supplements once again. In reality, they’re the only government agency that could really stick their foot in and put an end to this. They’ve gained a lot of momentum with their petition, and hopefully, you’re also on board with it, link to it here.

Can No Brand Be Trusted?

After reading all that, you probably have to look twice at your protein powder before ever drinking it again. Does this mean that every company is a liar and that none can be trusted? Not at all. There is a very long list of companies that have been trusted for years in the supplement industry. They’ve also been tested and investigated from similar organizations like the Clean Label Project and have come out clean. A lot of the reviews here on my site are of protein powders that are trusted by many with clean histories. 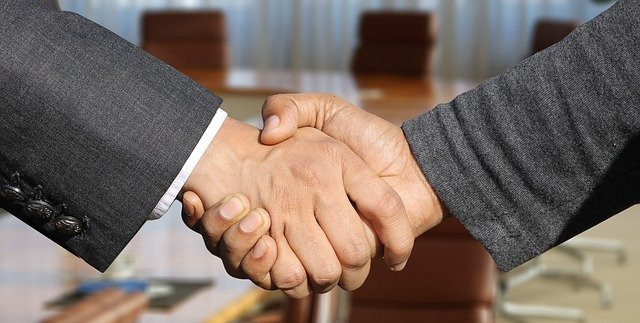 Some that come to the top of my mind now include Bodybuilding.com, Optimum Nutrition, and new contender PEScience. Bodybuilding.com sells products and also has some of its own from its signature line, which I personally really enjoy. Optimum Nutrition has been around for quite a while, racking up accolades and awards for their diligent work in the industry. PEScience is an up and coming brand that puts quality in front of everything, putting products through numerous tests before releasing. Rule of thumb: stick to what works, don’t reinvent the wheel.

In conclusion, is protein powder toxic? From what research has found, it can be. It all really depends on who you are buying it from. The FDA does have some advice to give in terms of this type of situation. They say to stick to known sellers and avoid foreign supplements, much like what I’ve told you. The supplement industry can be a real dangerous one, but if you follow the trusted path, you’re sure to come out unscathed.