For humans, gluten is one of those things that some people don’t give a single care about, while others need to be very wary of consuming it. As a protein found in our foods made from grains, like pizza, bread, and pasta, it sure is common. Lots of foods we wat contain gluten, and we don’t even realize it. There’s a common question asked by gym-goers/athletes alike who consistently drink protein shakes or would like to start for that matter. Is protein powder gluten-free? The answer is essential to their health along with their well-being none the less. In today’s article, we see if protein powders have gluten, and if they do, what we can do about it.

Before jumping in, we need to discuss what exactly gluten is and where it comes from. As I mentioned at the start of this article, gluten is a mixture of protein found in several types of grains. Of those grains include wheat, rye, and barely. It’s common in the foods we eat that contain a lot of carbs like pizza, pasta, bread, and cereal. 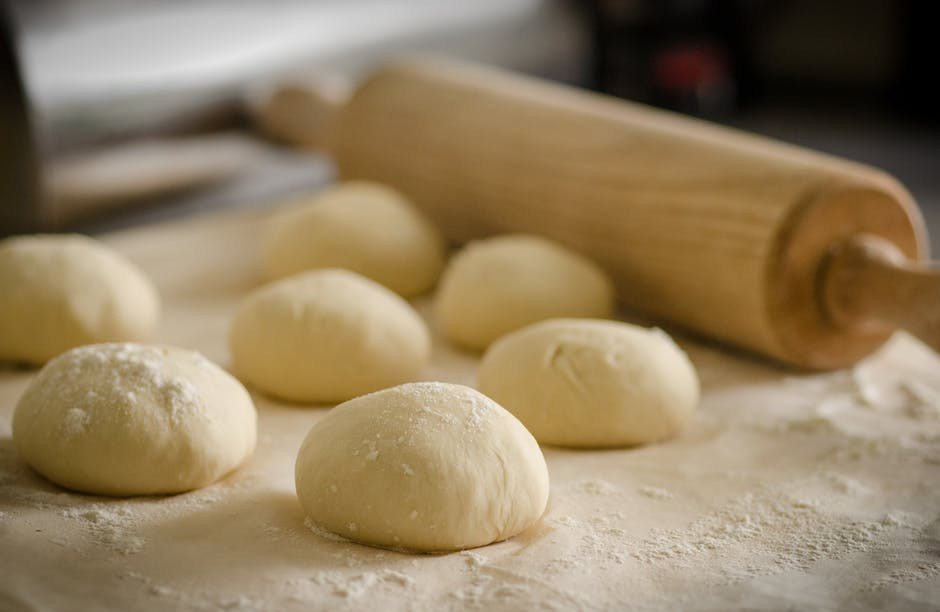 Gluten is a controversial property in grains due to the health problems it causes in certain people. There’s a sickness that causes complications in people’s stomachs when gluten is consumed. It’s known as celiac disease.

A person’s intestinal tracts experience inflammation and damage when experience effects of celiac disease. Experts say that only 1% of the population in the world has celiacs disease, which seems like a little bit, but that’s still 75 million people.

Thankfully, modern times have been good for people with celiacs disease. Companies are beginning to create their foods with no gluten to accommodate those who cannot consume gluten. They are labeled as gluten-free, and there to prevent damage to your stomachs. But have protein powders jumped on this bandwagon yet?

To know of protein powders companies choose to be gluten-free with these products, we’ll look at a handful of random supplements to see if they contain any gluten. How do you know if gluten is being used in the product? Typically, you’d check the ingredient label, which we’ll be doing, or they’ll be a disclaimer on the front or side of the container, saying it’s “gluten-free.”

As the most popular type of protein on the market, by far, whey protein is used by 2-in-5 Americans in the U.S. It comes with tons of benefits, but also certain drawbacks that make people want to shy away from whey. I have a full list of whey benefits/disadvantages here in this article if you’d like to check that out before going on.

However, the protein powder we’ll be taking a look at today is personally the whey protein I use regularly. I’m talking about Bodybuilding.com Signature Whey Protein. I took a good hard look around the protein powder to see what I could find, and then on the ingredient label, there it was. 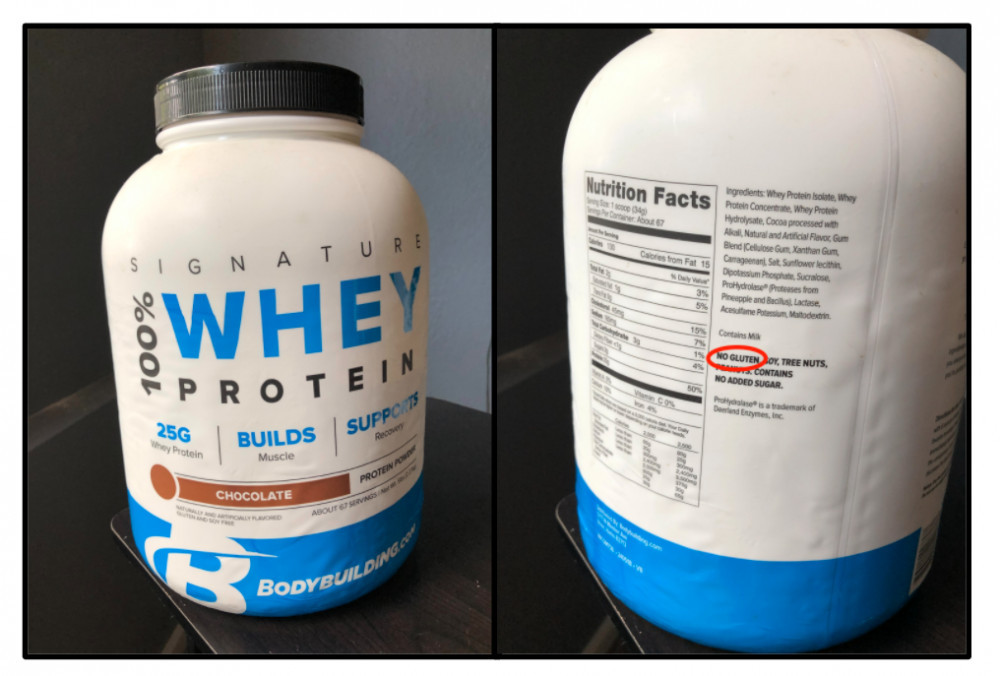 The powder is gluten-free as it says on the back of the container. The trust of protein powder manufacturers has been shaky in the past years due to some controversy with unlabeled ingredients. However, Bodybuilding.com is one of those companies you can put your 100% trust in.

As the brother of whey protein, casein protein is the neglected protein in the family. Both whey and casein come from the same source, or should I say mom; cow’s milk. The properties in casein cause the protein to act differently than whey when digested by the body. I’ll leave a link to an article that talks about the effects of casein in the body and how they’re different from whey if you’d like to check it out.

For the casein protein, we’ll be looking at Dymzatize’s Elite Casein Protein, a protein from another very trusted company. Although Dymatize may be a relatively young company, around 10 years old, it stills hangs with the best because of its quality. It’s not hard to tell if this protein is gluten-free because, well, it’s on the front. 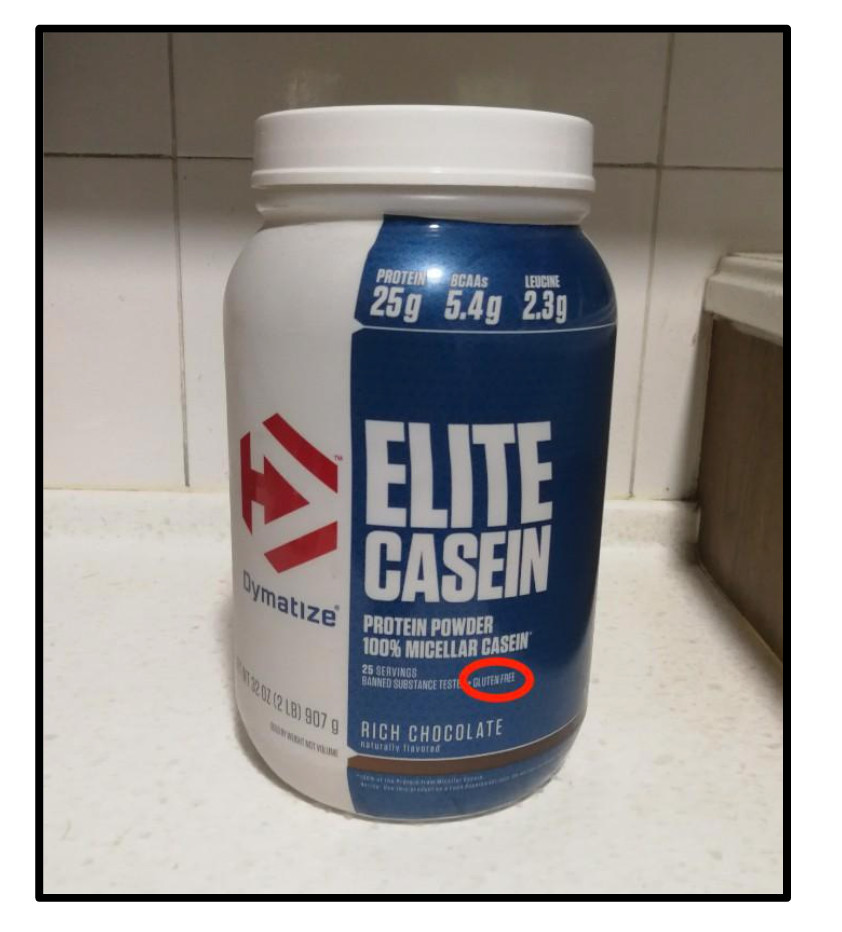 As I mentioned, some protein powders, and just products in general, will say gluten-free on the front to save the consumer the effort of looking through it on the back. This placement of gluten-free labeling will catch a customer’s attention faster than if it were on the back.

For our last protein powder, we’re going vegan, a diet trend that’s been picking up popularity ever since it was created. Vegan protein powders are for those who prefer not to drink dairy-based powders, like whey and casein. It may be due to their health, history, or just merely their preference.

We’ll be looking at the vegan protein for our final powder, which will be by Vega One, their All-in-One Nutritional Shake. You could classify this as a meal-replacement shake, but the amount of protein it has per scoop could categorize it as a protein shake too. For this powder, the gluten disclaimer is actually on the side. 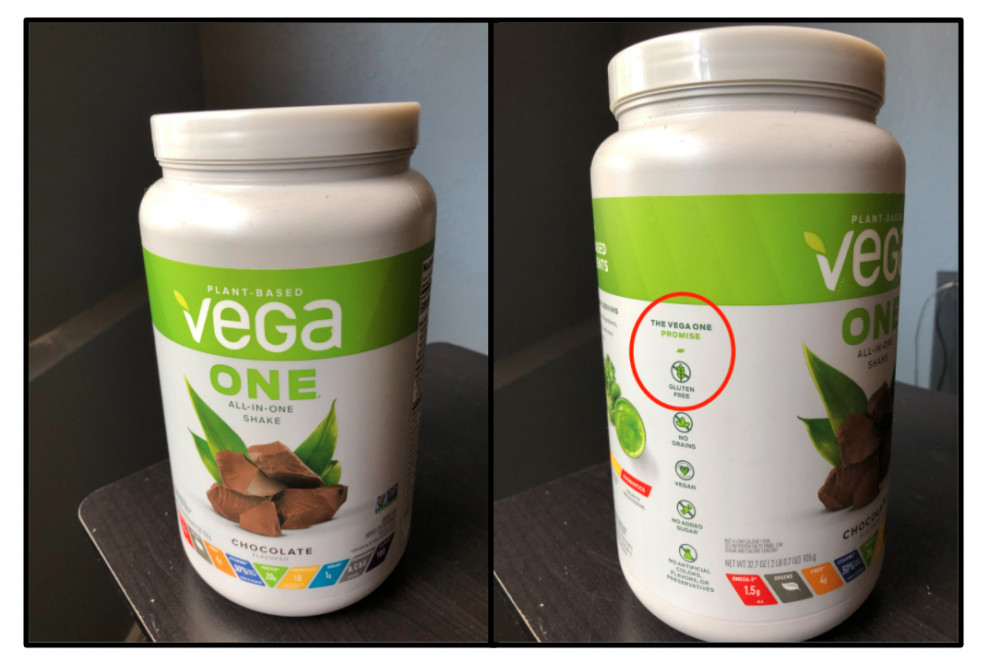 It might be tricky to find at first, but the notice is noticeable upon looking. With vegan protein powders, lots of sources are used to get protein, plant-based, of course. Which is why it’s important to look for the gluten-free disclaimer on these especially.